Oisa! Oisa! Oisa! I shouted these words enthusiastically together with many other spectators of the Yamakasa festival while several half-naked men were passing by in front of me running and carrying the one-ton giant float. Their faces were in bad shape but when the lifting was over, what a beautiful smile they can show while congratulating each other’s hard work. With just a glimpse of how the biggest summer festival in Fukuoka looks like, I fell in love with it. I think it takes courage, solidarity, and passion to make the whole thing happen. Yamakasa festival experience is 最高。 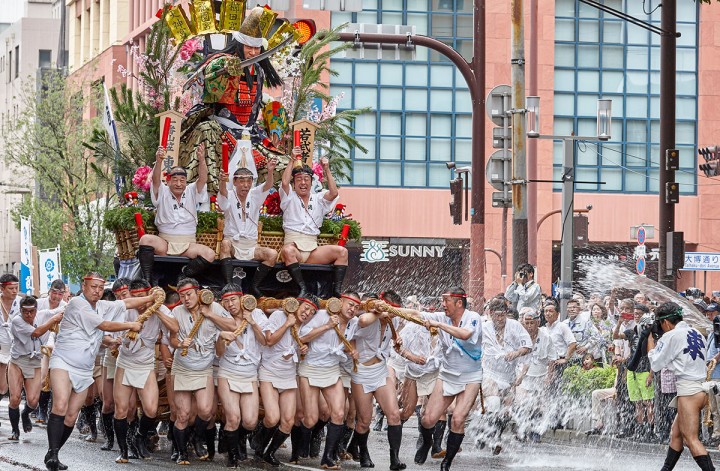 Yamakasa festival is considered as one of the most impressive summer festivals in Japan. It has been almost 8 centuries since its conception. The festival attracts thousands to millions of spectators on July 15th every year in Gion-Hakata, Fukuoka where men dressed in mizu happi coats run through the streets of Hakata carrying 1-ton Kakiyamakasa floats and shouting “Oisa! Oisa! Oisa!”. It is said that the festival marks the official start of summer in Japan. 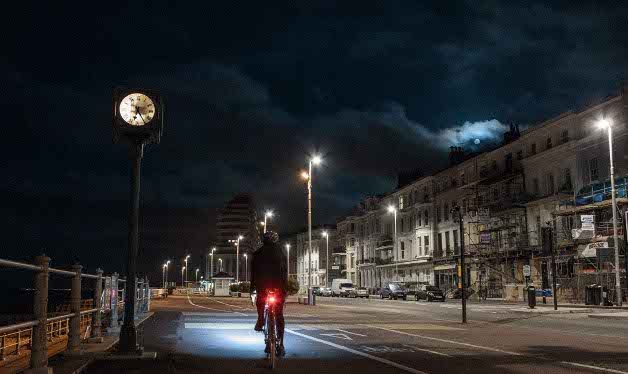 As early as 3 in the morning, I was already awake. I even woke up before my alarm clock went off. I must have been pretty excited to participate in the festival. But I knew that there were more people who were more excited and were heading to Hakata Gion Yamakasa earlier than I did. I was told that the subway is usually packed with early goers, so I decided to go to Gion by bicycle. Fortunately, I wasn’t alone because Jeannie took the challenge with me. We could be the bravest to take the 10-kilometer distance by bicycle early in the morning. What do you think? It took us about an hour to reach the destination. As soon as we arrived in Nakasu Kawabata, the massive crowd of spectators caught our eyes. We barely made it in time. We saw the last float parade.

Surprisingly, the whole area was pretty peaceful despite the enormous crowd on both sides of the streets. I couldn’t move freely at all. Policemen took full control of the roads and spectators with emergency vehicles parked nearby. They must have worked very hard to take care of the safety and security of the area. Fortunately, the spectators were behaving well with authorities, so it worked out. I see solidarity of every person who is taking part in the celebration. Later on, we bumped into our housemates who were already there since the night before. What a small world!

The Philippine festivals are celebrated with songs, dances, and showcases of musical instruments and customs on the streets. Yamakasa festival might be different in many ways but the atmosphere is the same. It was lively and people are passionate to take part in the activities no matter how heavy it is to carry the one-ton float and how difficult it is to find a good spot.  Also, the spectators are passionate about supporting the men by clapping their hands and shouting “oisa! oisa! oisa! Others were splashing waters to keep them feel cool. To some extent, the spectators were giving the men the courage to stay until the end of the race.

Participating in festivals isn’t a new thing to me. The Philippines is known for various festivals all year round. However, going to the festival like Yamakasa is something different. The people are so brave to give up many things and give all their strength for the sake of their belief in god and tradition. The festival shows how important solidarity is especially for those brave men carrying the float. And the passion of the people keeps the 8-century old tradition alive and it will continue to attract more people to join in.